Skip to content
Bernie change, effectiveness, execution March 15, 2018March 20, 2018
I’ve started a project asking people what they do that well that makes them successful. The premise is that the best do the basics better(1) –  have a “basic” they deliberately do better than anyone else. Is there a certain set of fundamental behaviours, practices, skills, or habits that we all rely on for being effective human beings?
For example, if you are a hockey player, being able to skate and pass might be a basic(2). The best hockey players are not only the best at skating and passing, but have become the best by practising those skills deliberately and exhaustively. The best marksmen (and women) practise trigger control – the act of pulling the trigger – to the point where they can fire between heartbeats. Fundamental to a business or community leader would be what? 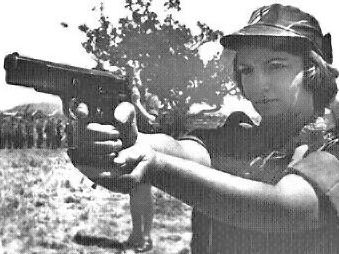 So far I’ve sent out a small set of surveys, and done a couple of face-to-face interviews. It’s too early to come to any conclusions yet, but there’s an interesting early finding that I (non-scientifically) tested by putting into practise.
Both people I’ve talked to so far deliberately use their calendar to manage their time. They treat the hours in a day as something to be budgeted, like money, to accomplish their goals. Resources are allocated, and time is spent, in the way a general or CEO would deploy resources and people to accomplish a strategic goal.
For example, when I asked Rosanna what her “basic” was, she immediately said “You have to be okay being with people.” I probed a little deeper and asked her what that looked like.
She books times in her calendar, every week, to be with people. Whether it’s someone who she needs to talk to, or someone who she hasn’t seen in a long time, or even a group of people she’s never met before but just wants to hang out with and find out what’s going on in their world. This was an especially valuable technique when she worked in a large and growing corporation. People are her priority, her calendar is how she plans, executes, and records that priority.
Curtis’ literal wake-up call came after he got a Fitbit and realized he was only sleeping four hours a night. He said the most important thing in his life was his family, but he didn’t like what the hard work was doing to his relationships. Making a change meant coming to the realization that working sleep-deprived was about as effective as working drunk.
As part of his change to working more sane hours he set working hours (no more up until 2am), and he started booking travel time into his calendar. Now – instead of rushing around to client meetings and being late because everything was always about jamming as much into as day as possible – he’s on time, much less harried and more cogent, and he feels he’s just as effective, productive, and profitable as before. But now he’s a much nicer person to be around, especially with his family.

(Curtis admits that he could be better at saying “no” to requests for his time, but it’s getting easier with success.)

Procrastination is something I’ve struggled with much of my life(4). Could I manage my time better by simply writing things in my calendar and following that plan? I gave it a try, and three weeks in I’d say it’s a noticeable improvement. I started booking time in my calendar for travel, and voila! Magically my stress levels dropped. So I’m going to keep doing that.

I also started blocking time for things that I need to spend time on but often keep putting off – marketing my business, bookkeeping, reading, and writing. So far (three weeks) my blog traffic has picked up, I’m on top of my cash flow, and I’ve spent some quality time making contacts and mining prospects. It’s a small sample, but promising.

How do you use your calendar? What priorities (and how you spend your time) are reflected in it? It’s given me something to think about.
Thanks,
Bernie
(1) Competitive pistol shooters use “dry-firing” to practice trigger control, as pioneered in Rhodesia. Having no ammunition to practice with because of international sanctions, they created a practice technique using no ammunition that won them the world championships in 1977.
(2) I’m Canadian. Sorry. Please translate into your local vernacular such as baseball, cricket, or footie as needed.
(3) If you’re interested in participating, or you know somebody you’d like to recommend, get a hold of me at bernie@practicalmanagers.com or here
(4) High-functioning/mild depression if you want to get specific, but that might be TMI for some

One thought on “Simple Things Done Well: Your Calendar”

Facilitation, coaching and performance - helping people and businesses thrive by providing purpose, direction, motivation, and the tools to use them